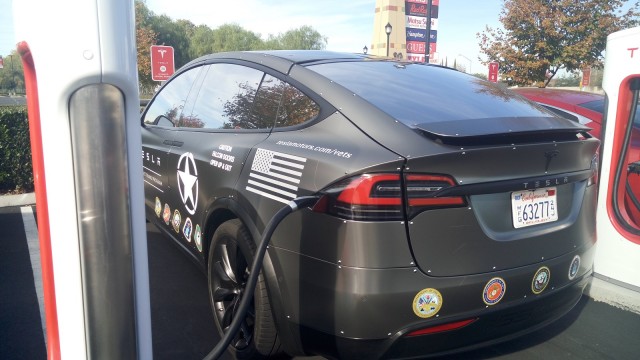 “Seeing a Tesla Model X electric SUV on the roads at all is still a rare occurrence; seeing one in flat black is even rarer.

That’s because there’s only one that looks like the Model X in these photos, snapped at a Supercharger site 10 days ago by our Tesla-owning author George Parrott.

After chatting with the two gents in the photo, he learned more about the unusual Model X–and its role in promoting the company’s outreach to military veterans.

While Tesla Motors doesn’t widely publicize these efforts, it now has two different electric cars whose role is to appear at various public events to draw attention to its interest in recruiting veterans as employees…” – To read the complete article click here.