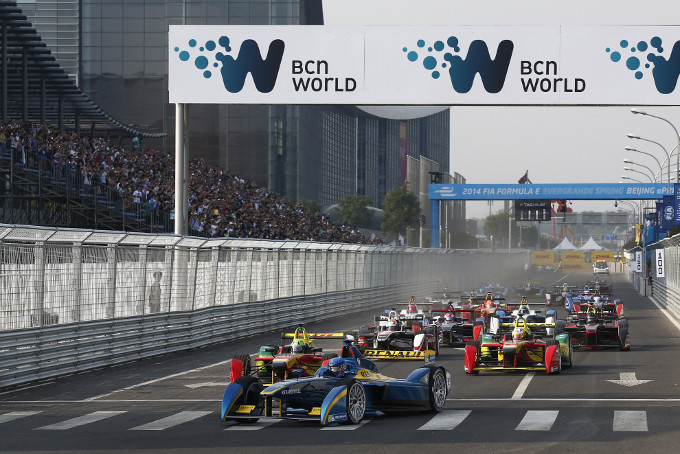 Heidfeld walked away unscathed from a nasty looking incident after contact with Prost left him unable to control the car and flipped into the tyre barrier.

As the pair approached the final corner the Venturi driver dived up the inside in an attempt to the take the lead. The Frenchman moved left to defend and inevitably lead to their wheels colliding.

Heidfeld said: “I thought it was going to be a very big crash as well. Once I hit the kerb it felt like I was in the air forever. I closed my eyes and waited for the impact and then I thought ‘Oh that was lucky!’ I have a small pain in my calf but apart from that I’m perfectly fine.”

After clambering out from underneath the car Heidfeld, clearly aggravated, confronted Prost. However, Di Grassi won’t complain as he picks up the full 25 points and with it takes the lead of the championship…”